The major responsibility of my role as the Design and Publishing Coordinator and HealthShare NSW – and the main reason that the position was created in the first place – was to develop a strong branding identity for the organisation and to create a unified look that could be used consistently by all the project teams. HealthShare NSW (then health Support Services) consisted of a variety of project teams who were all using their own designs (or more often, no designs) for their team publications. Use of the logo was inconsistent, fonts and colours were multiplicitous and garish, and some were even committing heinous design crimes such as using comic sans.

The branding has undergone a few radical overhauls in the past five years. The logo has changed twice (the first due to a name change, the second to new NSW government logo guidelines) and the organisation has been completely restructured into two separate (but still intimately connected) entities, HealthShare NSW and eHealth NSW.

The final branding, as it exists today, came about because one day I decided to really push the boat out design-wise on a document I was working on, and the CEO loved it and said he wanted ALL the branding to look like the document. Tricky. And so the HealthShare NSW distinctive blue and green branding was born. When the organisation split, I duplicated the HealthShare NSW branding, replacing the green with orange for all of eHealth NSW’s collateral.

To ensure that staff uptake of the branding was as easy as possible, I developed a range of branded Powerpoint and Word templates (agenda, minutes, factsheets, reports and project updates) that staff download from the intranet to use for any document they need to produce. The templates also adhere to the mandatory government accessibility guidelines (for the vision impaired and eReader technology). Accessibility is particularly important for HealthShare NSW as it administers EnableNSW, a disability equipment provider.

The unfortunate side effect of this is that I’ve gained a reputation for being a designer who is ‘good at Word’. 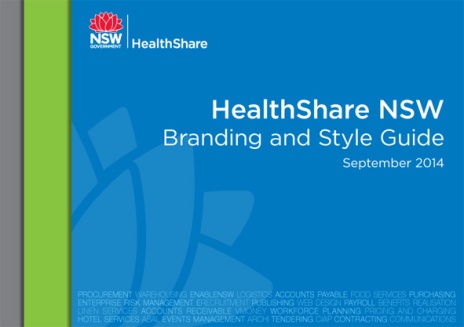 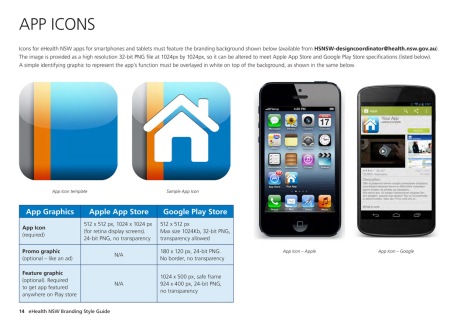