In 2014 SLHD launched a campaign to boost influenza vaccination rates among staff members. The aim was to increase the uptake of the vaccine by at least 5% across the whole SLHD staff in the various facilities. In particular it aimed to improve vaccination uptake in the smaller SLHD community health services, which have less resources than the major SLHD hospitals.

The campaign included the production of promotional posters, information packs and a video presentation tackling the most common myths and misconceptions around flu vaccination. I worked with the Flu Vaccination campaign members and each facility’s vaccination coordinator to provide the artwork and communications for the duration of the four week campaign.

To promote uptake of the free vaccine I developed the concept for nine posters (designing the look and developing the slogans), that featured staff from each hospital who were highly respected within their workplace. I organised a time and date when each ‘flu ambassador’ could be photographed and provided a precise brief to the photographer of how I wanted the shot to be set up. Post-printing, I ensured that the right quantity of the right poster was delivered to the right hospital.

Below are some of the posters and articles. PDFs of the articles: Balmain Hospital leads the flu vax pack; Feverish response to vaccination campaign 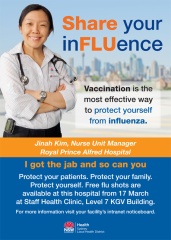 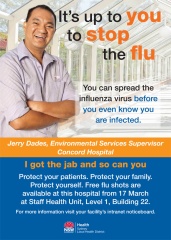 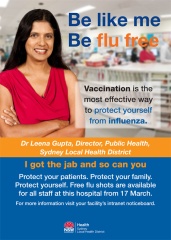 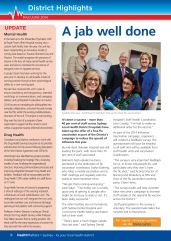 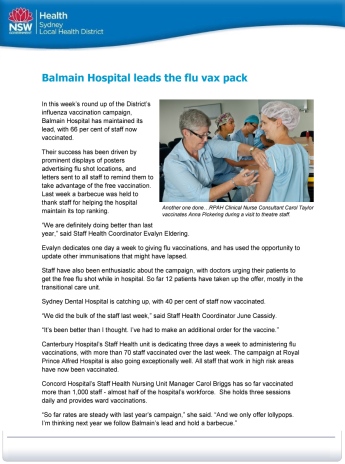 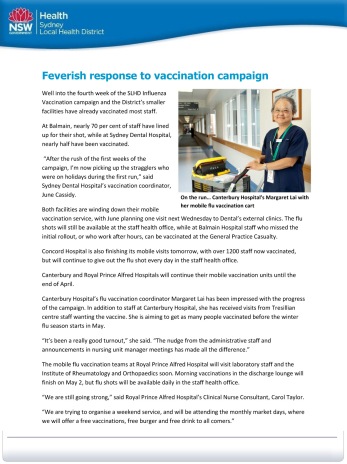