The Centre for Education and Workforce Development (CEWD) is the organisation that provides staff training and education courses for the South Western Sydney Local Health District (SWSLHD) and the Sydney Local Health District (SLHD). In 2013 the two districts, who originally shared a lot of the same resources and organisations, like CEWD, completed the split and became two distinct entities. CEWD came under the jurisdiction of SLHD and as part of this move they decided to rebrand themselves with a new logo and look.

At the core of the CEWD reorganisation was a new ‘domain model’ they had devised to structured their course offerings. They visualised the domain model as seven distinct areas that were interconnected with lines, which each area representing a category of courses, such as Governance, Technical, Innovation, Clinical, etc. Because of the importance they placed on this domain model I decided to include it as an integral part of the new logo. I streamlined the initial design of the domain model they included in the initial brief into seven hexagons that were formed into a unified shape, as seen below.

In addition to the logo I designed their Course Handbook for 2014 and more recently 2015, and also a A2 size course calendar. I also provided them with any other design items they required – elements for their new webpages, and merchandise such as mugs and pens. For the series of promotional roadshows they held later at the various hospitals within the SLHD they also had cupcakes with the ‘flower’ logo toppers on them – cute AND tasty. 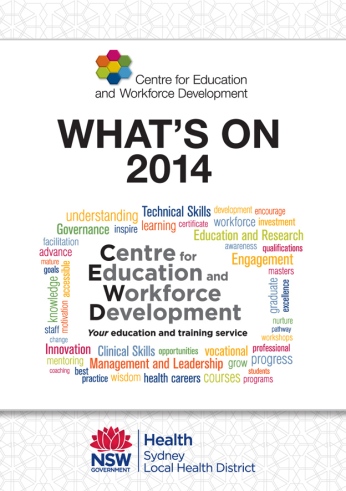 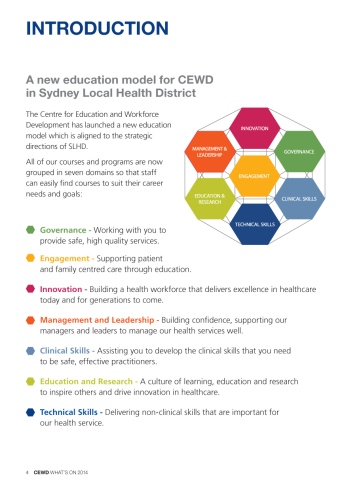 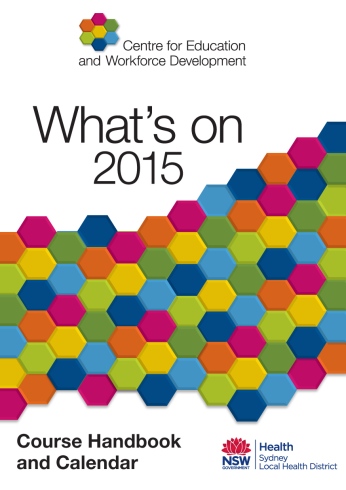 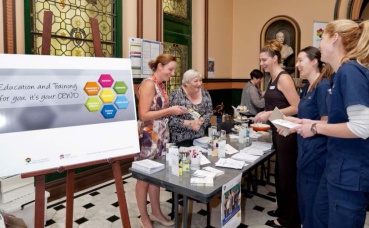 3 thoughts on “Learning in a new light”