Hospitals are difficult places to navigate. I helped make Royal Prince Alfred Hospital a little easier to find your way in 2012, when I was commissioned by the Sydney Local Health District to design new signage for the hospital campus. The signs were also needed to help differentiate the hospital from the new Chris O’Brien Lifehouse cancer treatment centre next door.

After a few mockups the final design, signs that were blue with an orange stripe, were created and installed around the various buildings that make up the sprawling hospital campus. In addition I also designed two huge banners, approximately six metres high, to go on the front of the main entrance to Royal Prince Alfred Hospital to celebrate the 130 years anniversary of its establishment. Usually the work I do is transitory – newsletters and books and flyers with a short lifespan and limited exposure. It was great to be able to look at the signs whenever I walked past and say to myself ‘yep, I did that’.

Below are photos of the signage and the banners. The women and babies poster with the photos was a design for an internal wall that unfortunately never eventuated as the client changed there minds about internal wall designs, but it shows the design of the branding. The banners are still there but the signage has since been replaced with new purple branding to echo the many beautiful jacaranda trees that line the street and hospital grounds. Concord hospital however still has the blue and orange signs that I put together for them, and hopefully patients are a little less lost because of them. 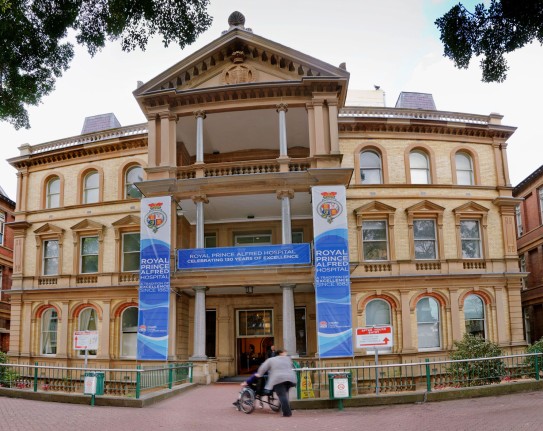 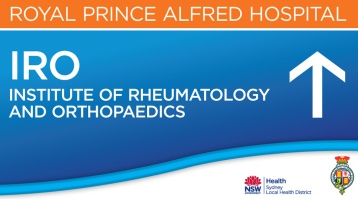